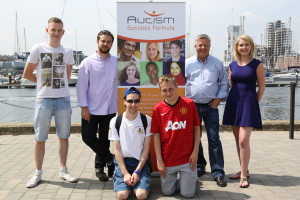 At 16, I left school with a dedication to becoming a professional footballer, a dream. Coming to terms with the reality that this was not going to happen, began a technician apprenticeship with Dunlop UK as a safe career route.

Two and a half years into this, it became clear to me that engineering was not where
I was going to achieve what I knew I was capable of. After a chance meeting with
a Further Education sports tutor, I identified sport coaching and teaching as a
vocation that would allow me to excel. Now the hard bit, going back to school. I
took two A Levels (Geology and Government & Politics) through which I gained a
place at Bedford College of Higher Education where I studied Human Movement.
I achieved a 3 year B.Ed and spent a further year as President of the Students
Union. At last, I secured a job in Cambridge as a PE Teacher. Despite being rated
as a high performer I was lured back to working in football and two years later
set up pro-am Soccer with a colleague. However, eventually this led me back
into education. Special education in particular, almost by accident. This was a
significant moment which set the direction for all that I have achieved in the field
of Special Education. So far, these 25 years of real achievement have included
an Honorary Masters Degree, an ability to embed ambition when shaping and
leading school improvement and a vision for holistic, multi-agency, needs led
service delivery. All of these I feel are vital in setting aspirational goals and
achieving the highest possible learning and well-being outcomes for young
people.
Email David

At 17 I was accepted in to the Academy of Contemporary Music. I left a year later with a HND in Popular Music Performance (drums) and headed into the wide world of music. Completely overwhelmed by the depth of competition at a young age, I went into leading music workshops at SEN schools. I had grown up around SEN schools and seemed to
naturally take to it. When I was younger, any day I was off school sick was spent at
the SEN school where my father was headmaster. I felt able to naturally communicate
with people with autism and found I had a passion for working towards their success.
I then started working in a school full time as a behaviour support assistant where I
quickly learned building relationships was key to any sort of success for these young
people. I also worked within a residential setting at the school promoting life skills
and really learning what autism was like at home and not just in a school setting. It
was eye opening.

After working at schools I noticed that a lot of pupils ‘fell through the cracks’ after
leaving and after further research discovered that there was an 85% unemployment
rate within people with autism with only 10% of them receiving support within the
work place. It was then we decided to set up the Autism Success Formula to deliver
the employment support to the people who need it but also to educate employers on
the skills they need to manage and lead people with ASC. This will then provide them
with the tools to live a fulfilling and independent life.

I bring a sense of passion, excitement and dedication to all situations and have since
become a Master Practitioner of Neuro Linguistic Programming. Through this I
have learnt in depth about communication and behaviour strategy and how to change
behaviour or cope with difficult situations. Now taking NLP into the world of autism
has become my mission.
Email Liam